Home » [Marcus Rashord]Ending Childhood Hunger across the Uk is something I want to be remembered for, Marcus Rashford speaks on ending childhood hunger.

JotNaija > Music > [Marcus Rashord]Ending Childhood Hunger across the Uk is something I want to be remembered for, Marcus Rashford speaks on ending childhood hunger.
Music

[Marcus Rashord]Ending Childhood Hunger across the Uk is something I want to be remembered for, Marcus Rashford speaks on ending childhood hunger. 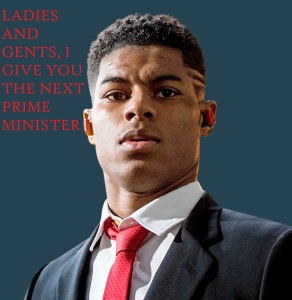 Ending Childhood Hunger across the Uk is something I want to be remembered for, Marcus Rashford speaks on ending childhood hunger

Manchester United and England striker, Marcus Rashford has opened up on his fight against childhood hunger, days after the Queen of England awarded him an MBE  for his work to help feed underprivileged children across the UK.

During the coronavirus pandemic, Rashford started a campaign to help feed vulnerable children and his work made the UK government to make a U-turn and continue free school meals for around 1.3 million disadvantaged children.

Rashford 22, also recently formed a task force with England’s food brand giants to stop child poverty across the country and has now revealed that he is shocked every day by what he’s seen in the UK.

Rashford, who found it hard to eat as a child until he was signed at the age of 10 by Manchester United, says that it is “mind-blowing” to see the amount of child suffering in the UK, vowing that he will not relent in his efforts.

“Every single day it shocks me,” Rashford said.
“It’s not until people see the numbers and I’ve had the chance to visit some of the families I’ve managed to help and hear how it’s affected them and changed their lives.

“There’s a lot of things that would shock a lot of people if they knew the facts about the issue. For me not enough people do know the facts, as I was one of them.

“For me, personally, it’s just sad to know it’s still going on, and I obviously was in that position when I was younger, and some of the families are in much worse positions than what I was in, so I can only imagine what it feels like for the parents and the children who just want the best for one another, so it’s difficult to really say one thing that somebody said to me that sticks out, because for me they’re all as important as each other.”

Rashford who made his professional debut at 18 for Manchester United has also revealed he has become comfortable with the limelight.

“I think playing for United and England at a young age, it helped me mature a lot quicker than I would’ve expected to,” Rashford said.

“I’m grateful for those opportunities and very happy I was put in those positions. I do feel like I’ve matured a lot. I feel like I’m free to speak on things I feel strongly about. It’s because of those experiences in the past that make me feel so comfortable doing that. 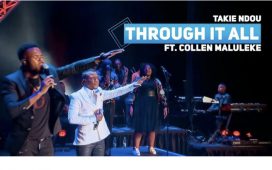 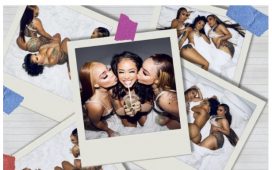